Pumpkinman Sprint Triathlon is in South Berwick, ME and the goal to leave the house was at 5:45AM. Actual time: close to 6; we also wasted a few more minutes yelling into the Starbucks Drive through before we discovered they weren’t open yet. This is the second time Brian (my husband) and I have done a race together. I drank the one cup of coffee we had, so getting him a coffee was high on the priority list. My nutrition for the morning was 1 cup of applesauce ( I was supposed to eat 2 cups, which I will do next time) and an Envirokids rice bar, the black coffee and a glass of water.

As I said we needed to get Brian a coffee and I was sipping some water through the ride up since I knew the heat was going to be a factor, so we stopped off at Dunkin Donuts, where I also got another water.

We didn’t arrive at the race until almost 7:15. The race started at 8. There is so much “stuff” for a triathlon. So the check-in consisted of one of us holding both bikes up with said stuff while the other registered, got ankle tag, and body marked. By the time we got transition set up, race volunteers said we only had 4 minutes before they would make people get out the water. At this point I really have to pee and if I have to choose from portapotty or pond, I am choosing the pond. As we are walking down to the water, the announcement is made that all racers must get out of the water. Brian likes to live on the edge, so he ran down and got in. I am a slave to rules, so I opted to just wait until my wave to enter the water. I was disappointed because my coach told me to warm-up if I could. Next year we will need to leave by 5:30 am to be safe.

As soon as we got in the water I tried to get deep enough so that it wouldn’t be blatantly obvious that I was peeing. Full disclosure: I can’t pee and swim at the same time so this has to get done. I swear I peed for the full time that we stood in the water. This was the most congested swim I have ever participated in. I had hands and feet all over my body. I did not panic about that or all of the disgusting fauna and flora floating around in the water. Me swimming in a pond! Wow, have I come a long way. I was pretty pleased with my swim, but definitely stayed on the conservative side. The last two triathlons, I had serious mental issues about competing so I was very pleased in meeting my goal.

I went as fast as I could without exploding my heart rate up the hill. This was the first race that I had to take off my own wetsuit. I thought I did a good job getting it off. My fear is that I was going to fall into the bikes, but it didn’t happen. I realized at this point that the woman who had her bike mounted right next to mine was my friend from high school. We were on the swim team together. There may have been a little too much chatting here. I took my power gel and took a good swig of my sport drink.

I am really proud of me! I have been struggling all year with the bike and speed. I drank my whole bottle of water on the course AND.. ready for it?…Had a power gel while riding my bike. Woot woot! I did almost fall in this attempt, but I can only get better. The cadence sensor that my coach told me to get was very helpful. I tried to stay between 85 and 95 rpms for the whole course. Slowed down a bit for the sips and the gel, but not to a crawl. There was one lady, we will call her blue 49 (she had a blue top and 49 on the back of her calf), who would pass me, then I would pass her, then she would pass me, well you know what happens next…I told her we should just ride side by side. She said “don’t worry, I’ll pass you again”. And she did.

My only note about this is that Brian’s T2 was like 30 seconds. He doesn’t have to change his shoes because he doesn’t have clips on the bike. I took in as much fluid as I could because at this point it’s steamy.

This was brutally hot. Luckily most of it was shady, but in general people were struggling, including me. I did pass blue 49 and she didn’t pass me, so I felt good about that! I know that if it weren’t so hot, my time would have been better than this. I am going to beat this time! It says it was 3 miles, but it was a little under 3, so not sure I met my goal.

1. The husband
It was so fun to have Brian there cheering me on at the end. We were both psyched about our times. We wouldn’t be able to do this if we didn’t have each other’s support. Thank you Brian! You are so patient and kind and amazing!

2. The coach
Colin Cook from Peak Triathlon Coaching is amazing. I had him as my coach for my first triathlon ever and decided to use him again for this race, mostly because I am doing my first half marathon in October and I had no clue how to train for both. Colin is one of the greatest athletes I have ever known personally and his enthusiasm is infectious. I highly recommend him as a coach. It’s nice that he is local for me, but even if you don’t live in the area everything is online. Here is a link to his company: Peak Triathlon Coaching

3. Northeast Multisport
I have been in this club for 3 years. Coach Colin runs it and I joined the first year of triathlon training. I have met the most amazing people in this group. Some of them have become my clients and some of them have become life long friends. I am not ms. social so this has been a great way to meet people and I always look for the orange and blue NEMS gear at the races. I ran into 3 today and it is great to be able to cheer each other on. There are athletes of all different levels and there is no attitude or arrogance even from the best of the athletes.  I highly recommend this group!  Here is a link to the club: Northeast Multisport.

I am so lucky to have people to keep me healthy and injury free.  Here is my list of providers- 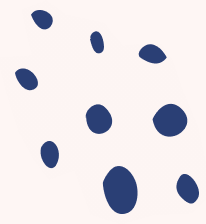 I look forward to my massages. Have been coming for 2 years now and find them very beneficial. A necessary part of my health care.

I was recommended to go here by a co-worker. I definitely am happy with my visit i have had. Simply amazing!